COCCIOPESTO plaster is an ancient Roman lime plaster, used since about 500 B.C., traditionally made of pure slaked lime mixed with crushed tile or brick powder. Initially a Phoenician plaster adopted by the Romans, it has been widely used in the construction of aqueducts, Roman baths, roads and underfloor areas.

The plaster can be applied both internally and externally, its breathability and hydro-regulating capacity makes it ideal for the natural restoration of damp walls. It can also be used for the protection of walls in direct contact with water. It can have colors ranging from yellow ocher to light red, depending on the color of the bricks used.

Cocciopesto plasters can be found in a lot of archaeological areas and historic buildings throughout Europe as the Romans have "exported" and used this plaster throughout the former Roman Empire. It is an ideal material for bio-architectural applications because it is 100% natural, it breaths, it's an excellent humidity regulator and it also looks beautiful.

Here is a short video from Venetian restoration Master Naldo Busato on how Cocciopesto plaster was used for the waterproofing of Roman baths and wells.

Cocciopesto MGN is a true Cocciopesto plaster as described by Marcus Vitruvio (a Roman architect and military engineer during the 1st century known for his famous 10 volume work "On Architecture") and other architectural writers 2,000 years ago.

MGN selects the best bricks (fired in a traditional way at low temperatures) and the best natural lime, mixing them into a product that is easy-to-use even with modern construction tools. It is naturally elastic, a quality that makes it suitable for old walls. It is also recommended for the reconstruction of cornices and mouldings due to its excellent workability.

The plaster improves the comfort of your building because:

Once set, a natural lime finish, such as Calcina Fine, Intonachino Arenino or Marmorino, can also be applied on top. 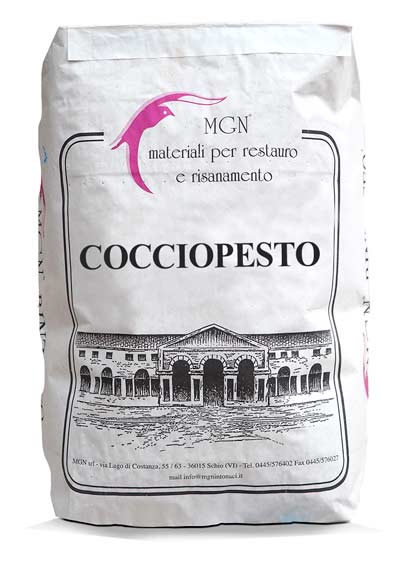 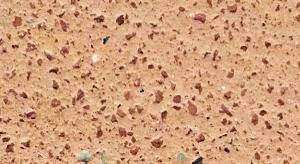