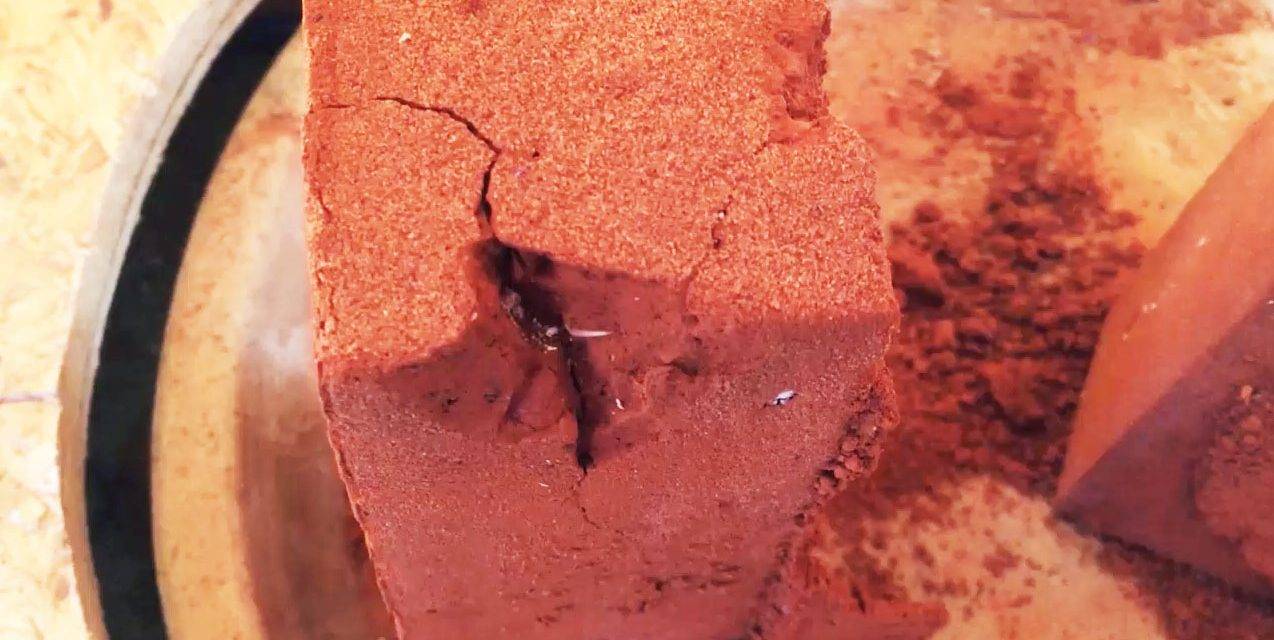 A Special Case of Thermal Expansion

As part of our R&D activity we do various lab tests and experiments.

When one is doing proper science one can be surprised by an unexpected outcome. This is exactly what has happened recently, when we have done some simple tests on a small brick wall we have built in our lab. (Scroll down to Why Damp Cracks the Brick?, if you want to skip to the science.)

The purpose of the original test was simply to create rising damp in a lab, and to measure the degree and rate of wetting and the naturally occurring electrical changes in the masonry.

We have successfully done that as you can see in this video:

When I started to take the test wall apart a surprise was waiting for me: damp has created cracks in the brickwork.

As I started to remove bricks from the top of the test wall I could observe that in the inside, where bricks were facing each other, there were some large and nasty cracks. This is interesting as we have gone through the available scientific papers from different universities and research facilities previously and none of them were mentioning anything like that in a similar context.

I would like to mention here that one of the reasons behind our R&D is that, to our best understanding, research into this field is scarce and we believe working with old and damp buildings requires a much deeper understanding of the subject than what is available.

It also means that we are working on a somewhat virgin field that can potentially come up with surprises no-one expected. The fact that damp itself (without salts, without cement) was causing cracks in the bricks was new to us:

Why Damp Cracks the Brick?

Now, this is a good question!

Based on our observations these cracks occur in the inside of the brick, and are quite deep. Interestingly enough they could not be observed on the evaporating surface - which is the outside of these bricks. They were also more intense in the bottom row of bricks. This, and analysing all the data from the embedded sensors, suggest that it probably has to do with a special case of thermal expansion.

After having analysed all the data from the sensors, we could see the nature of rising damp in breathable building materials in terms of thermal conductivity: walls tend to be damp and cold inside, and dryer and warmer towards the surface. Its a known fact that breathable building materials are significantly dryer to a depth of about an inch, and then they start to become damper and damper as we get closer to the core of the wall.

T5 in the data box shows the temperature of the dampest part of the wall, deep in the core, T0 shows the driest part, at the surface. There is quite a significant difference between these two.

When we look at the above graph, one can also see that the dryer parts (T0-2) do warm up quite quickly and to a higher temperature, while the dampest bits (T3-5) have a significantly larger thermal inertia and do stay cold.

During the warming up periods the surface of the brick, being dryer, warms up quickly and expands. The inside, being damp, does not warm up and can not follow the expansion. This creates a stress between the cold inside and the warm outside of the same brick, which leads to cracking.

As shown by from the above graph, this occurs on a daily basis, over and over again. It probably starts with hairline cracks, which grow every day, until it gradually erodes the brickwork.

Why Need for Innovation?Our main areas of interest are solutions for dampness and thermal insulation.…