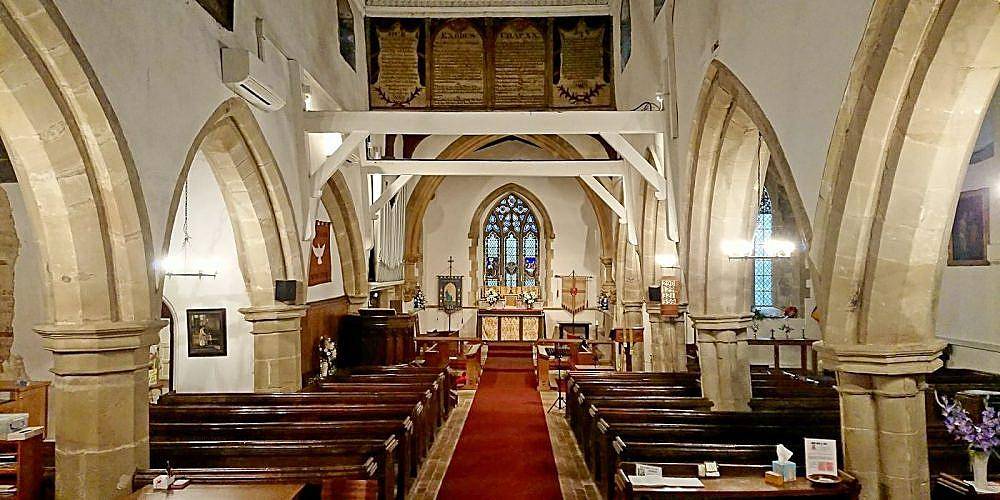 Interview with an old-timer conservation architect

We really enjoyed working with Mr John Dodson, old timer conservation architect, on solving damp problems in the St Peter's Church in Thornton.  We couldn't miss this opportunity of asking him about his life-long experience with solving rising damp in churches:

Val (interviewer): Would you please introduce yourself?

Mr John Dodson: I'm John Dodson, I'm an architect with conservation accreditation for old listed buildings from Grade I to standard churches and I am a member of the Leicester DAC (Diocesan Advisory Committee) as one of the advising architects.

Val: Would you tell a few words about the type of work you do and what type of buildings you are working on?

John: I mainly work on ecclesiastical buildings, from Grade 1 to non-graded churches. The Grade 1s are high quality buildings from the 12th and 13th century up to the 15th century. We see all sorts and manners of problems. Especially bad repair works done in the 20th century, particularly from around the 1960s, where various damp proofing systems have been tried, particularly renovating plasters on the lower parts of the wall, which is manifesting itself now as high levels of rising damp.

Val: In the past, what was your approach? How did you manage rising damp?

John: Back in the early 70es we had tried to use the Rentokil system. Well, there was the passive electro-osmosis system as well as the positive system. The positive system worked very well but it had a very very short life period due to the corrosion of the copper cabling in the walls. It would obviously sit in a damp wall, corrode and break down, and that was the end of the actual system. 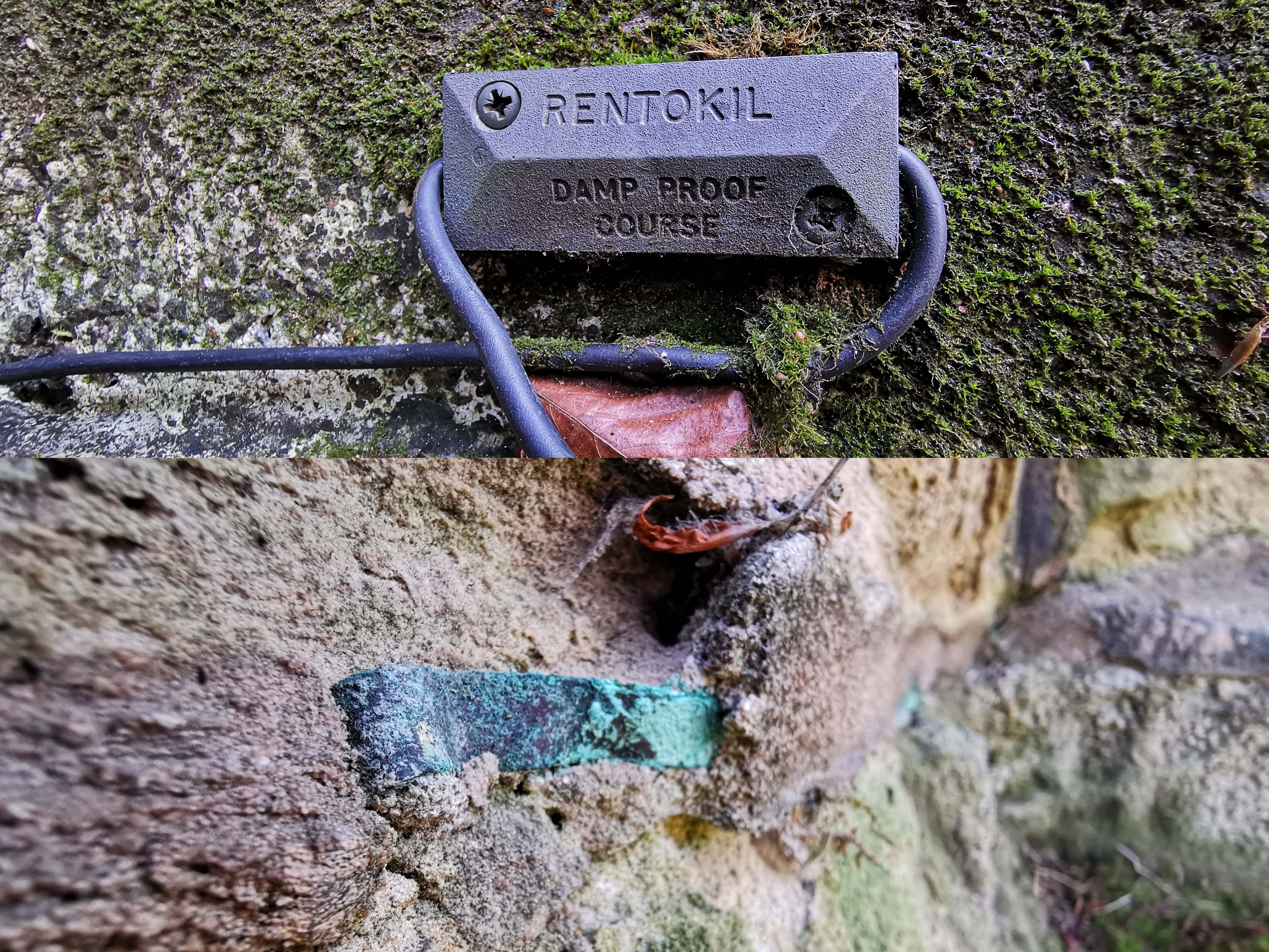 John: The latest systems: we have never tried to drill and put anything into the walls, we've just used natural ventilation and the walls are being allowed to naturally breathe. That helps and stops the build up of moisture in the wall to a certain extent, but is is not driving moisture down and back out of the walls. Now we are using the Core Conservation system.

Other systems which are saying they can damp proof a church wall are not working because the walls are having an outer skin of stone, a rubble core, which can consist of fine particles, mud, clay, bits of lime, anything that was out on a wheelbarrow on a Friday night, and then an inner dress stone. It is impossible to try and put anything into the wall, besides an electrical charge of some form to damp proof a rubble wall.

Val: Why was Thornton a difficult church? What challenges were you facing?

John: It was built in the 14th century, it has stone walls of local mixture of stones, and it's wall thickness is around about 800mm thick. Part of the walling has timber panelling on it, but they have rotted because of the damp conditions.

We have been looking at how we're going to resolve the damp issues. Where we have been putting in the piece of equipment from Core Conservation was in the vestry, which was inherently very damp. We have taken all the plaster off the walls and we had a dehumidifier in there to try and dry the walls out prior to using the equipment from Core Conservation.

We have now turned this dehumidifier off and relying purely on the Magnetic DPC from Core Conservation, and the wall is dryer than when we have tried to suck out the water from the wall with the dehumidifier. There used to be puddles on the floor within the vestry that has now dried and continues to be dry. The System works. 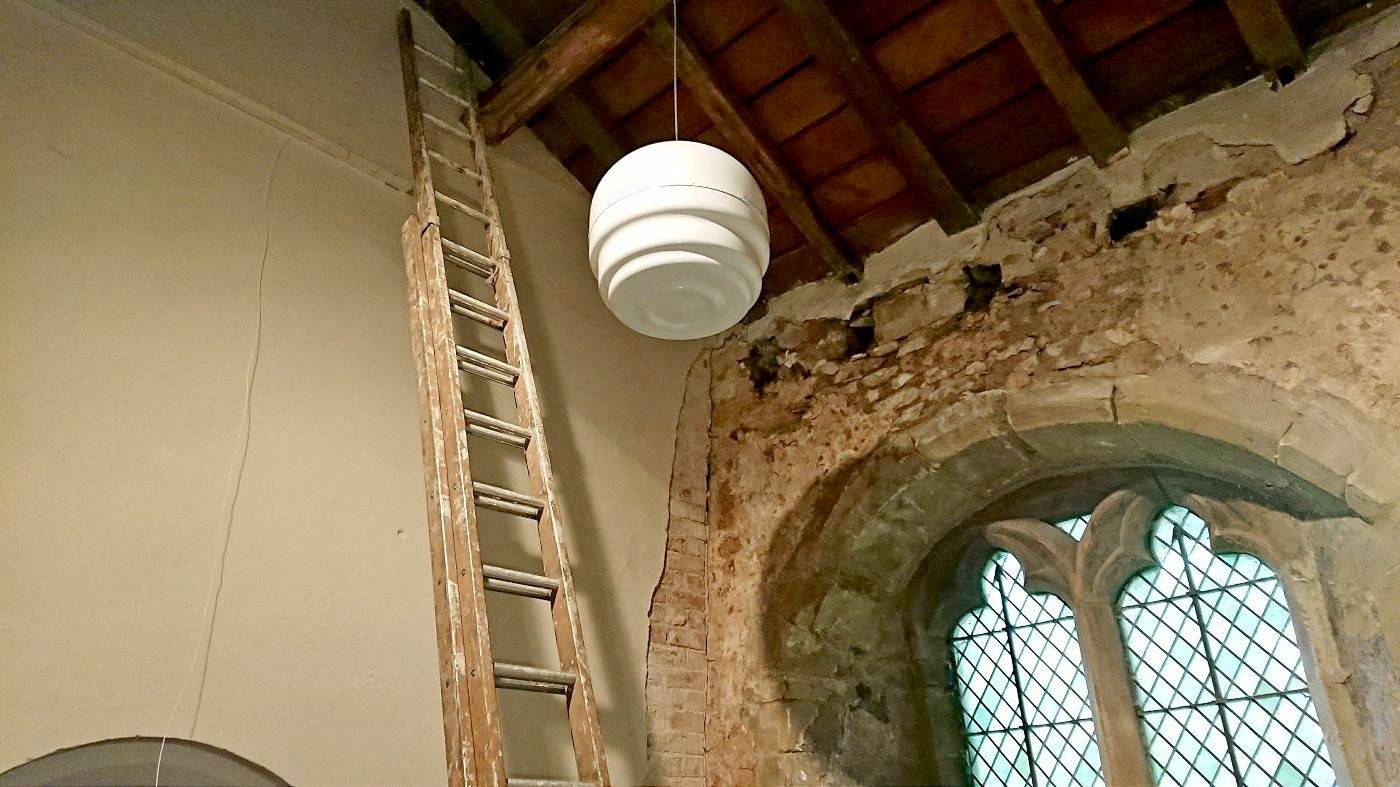 John: I have actually watched the damp in the walls receding. The building, besides being measurably less damp, also smells less damp. It has been effective throughout the church because it works on a magnetic type earthing system. There has been no damages to the stonework, no additional salting showing up.

I am always interested in new technologies and it is a piece of kit that works.

Val: Thank you very much.