This building is from 1898 and it has been just purchased by a new owner, a building "enthusiast" who intended to refurbish it as part of a DIY project.

The owner has just stripped the walls by removing all wallpapers and lifting some of the floor boards to gain a better understanding about the condition the building. We have assessed the situation of the dampness in the building.

The building originally has been built with lime mortar, typical to the Victorian era. Subsequent repairs and alterations however have been mainly done with modern building materials such as cement.

The plastering is either modern cement with gypsum finish, while some of the other walls still have the original lime plaster skimmed with gypsum. Most walls have been wallpapered and painted multiple times. Additionnaly, some of the internal walls have been lined with a bituminous paint or with a styrofoam insulation, in an attempt to "solve" the dampness problem.

At some point the building has been rendered with cement render.

The building has been built with a slate DPC, typical to the Victorian period. The external ground level has been raised and in some areas has bridged over the DPC. This will be rectified by implementing French drains.

The modern cement plaster with gypsum finish hides most of the dampness problems from sight, however the condition of some of the skirting boards hinted some underlying dampness issues.

Investigating the underfloor area revealed lots of ground salts and quite a significant degradation of the lower wall sections - a problem that if it is not solved it will likely to become a more severe problem in the future. Some of the joist are already being affected by the rising damp. 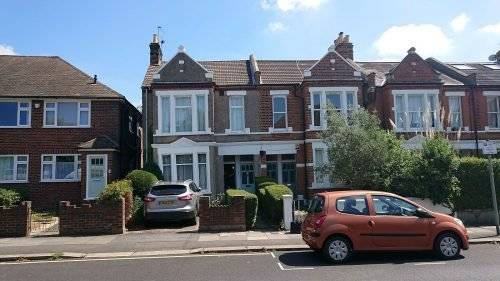 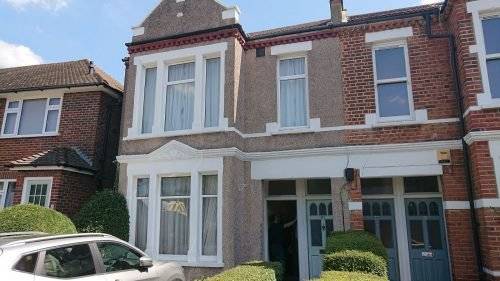 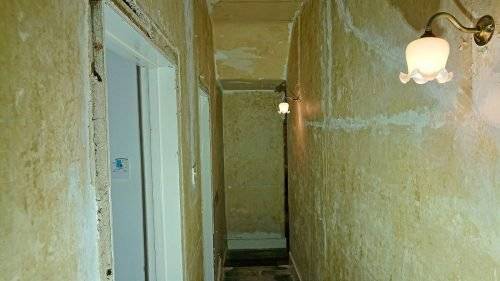 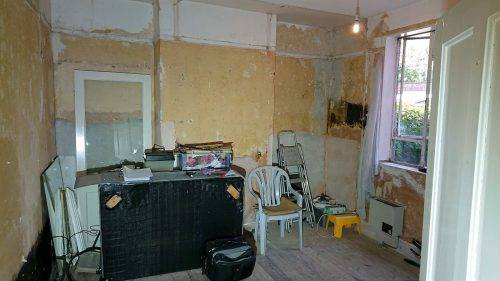 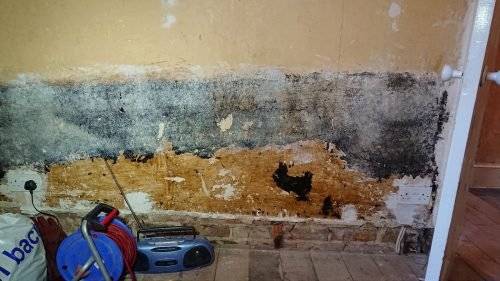 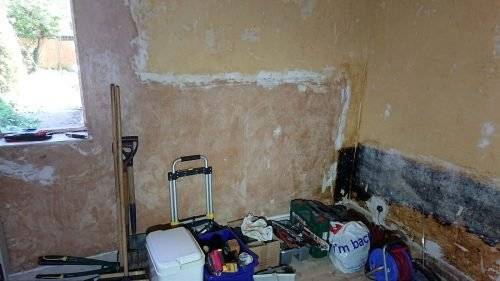 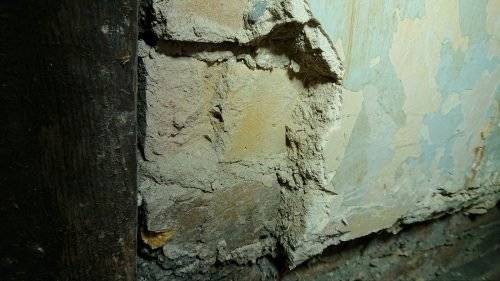 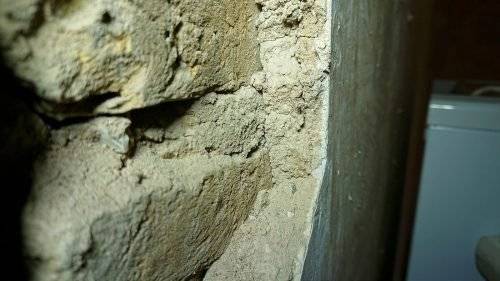 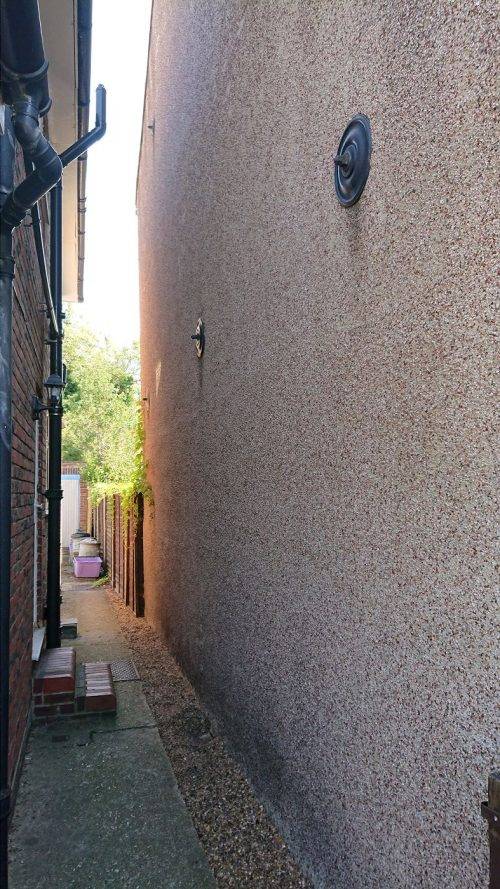 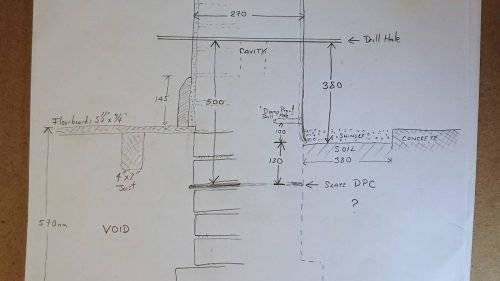 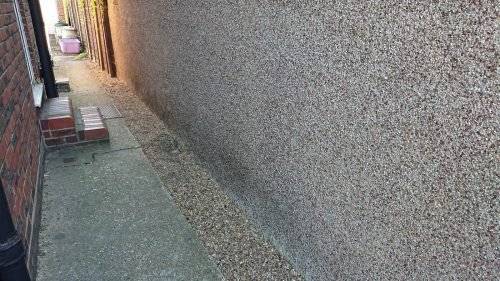 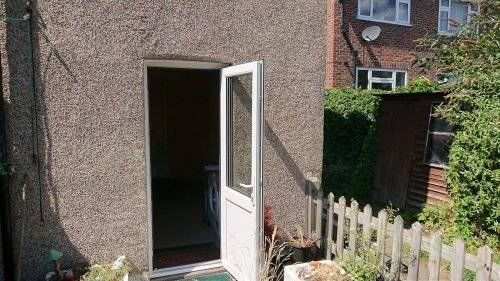 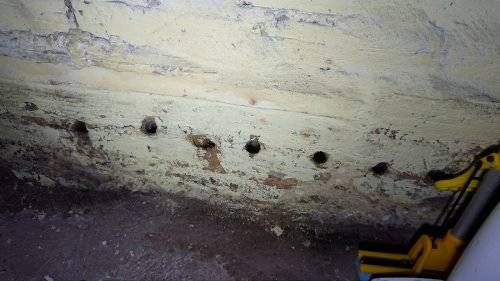 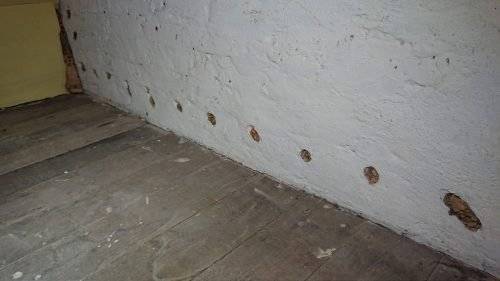 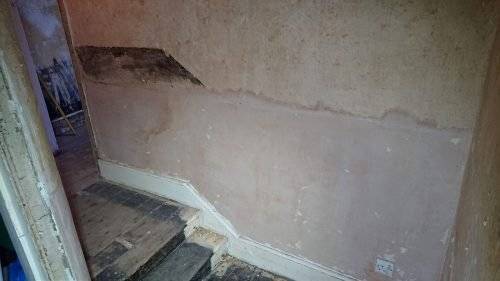 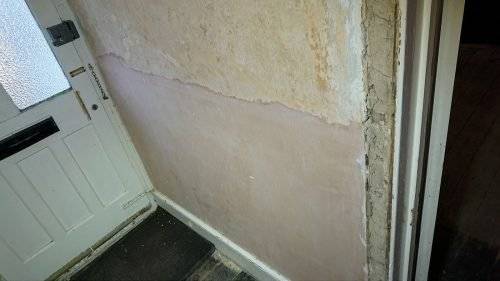 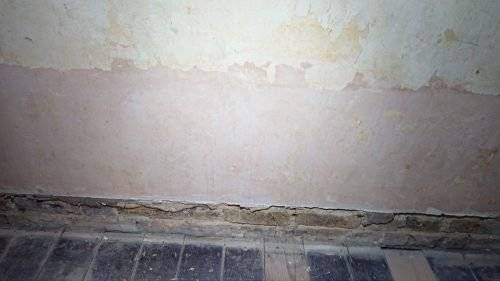 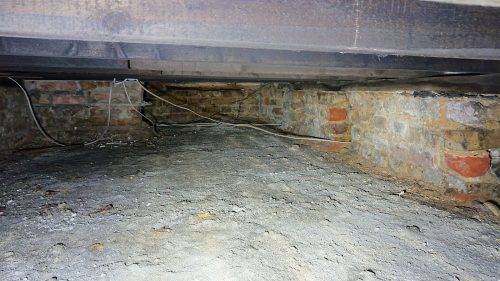 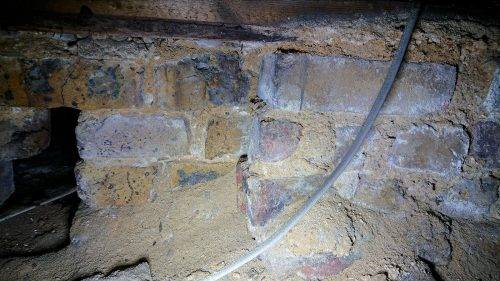 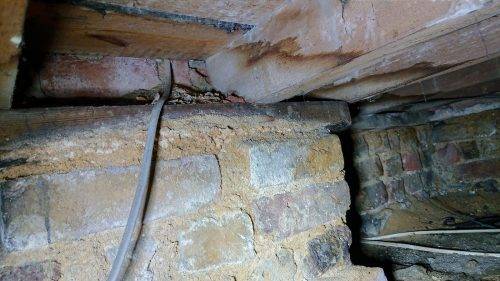 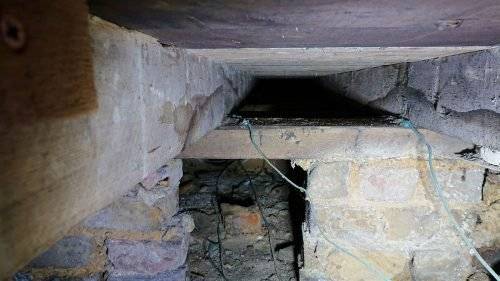 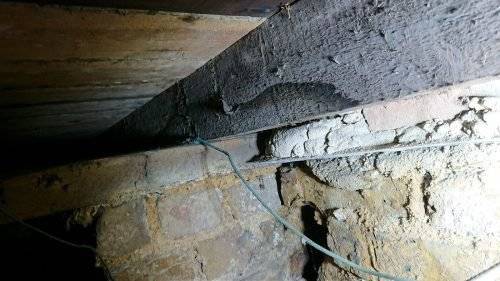 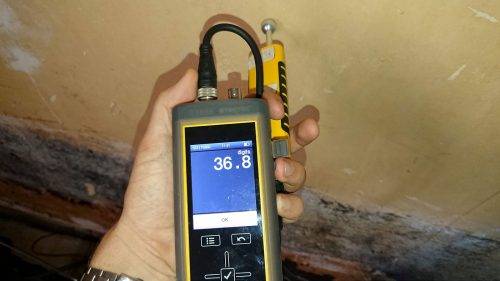 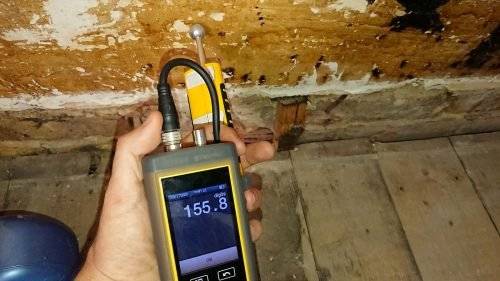 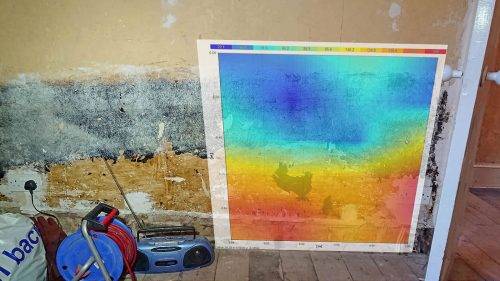 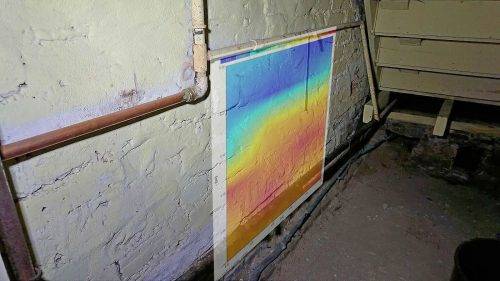