In this section:
Mould and Health
Solving Condensation & Mould Problems

Condensation occurs when warm, moist air (usually found indoors) comes in direct contact with a cold surface (e.g. walls, window panes). It is more prevalent at the bottom of external walls, in the corners where walls are colder or in places with little or no ventilation (e.g. behind furniture).

During condensation, water changes from vapour to liquid state. Although condensation shows up as dampness, it is in fact a building insulation problem.

The most common sign of condensation is the appearance of black mould. Mould needs water to survive and condensation moisture supplies this vital ingredient.

Moulds are microscopic fungi that grow on damp surfaces. They can survive almost anywhere. Their presence indoors, however, can lead to significant health problems.

Mould spores accumulate in house dust and can cause a variety of allergic symptoms all year round, mostly respiratory diseases such as runny nose, recurrent colds or bronchitis leading to allergic asthma. Headache, concentration problems, skin diseases, gastrointestinal diseases, ear canal infections, burning eyes and joint pains can be caused by mould. The immune system is also weakened by mould, thus the general susceptibility to illness increases.

Some moulds can also release toxins that can lead to severe health problems. The best known are the afla-toxins generated by Aspergillus flavus, which can cause cancer.

To permanently combat mould, the total elimination of moisture sources is essential. “Patchwork” or concealing the infestation with plasterboard, panels or other materials is insufficient. The use of anti-mould chemicals (fungicides) has no long-term effect if moisture sources are also not completely eliminated. 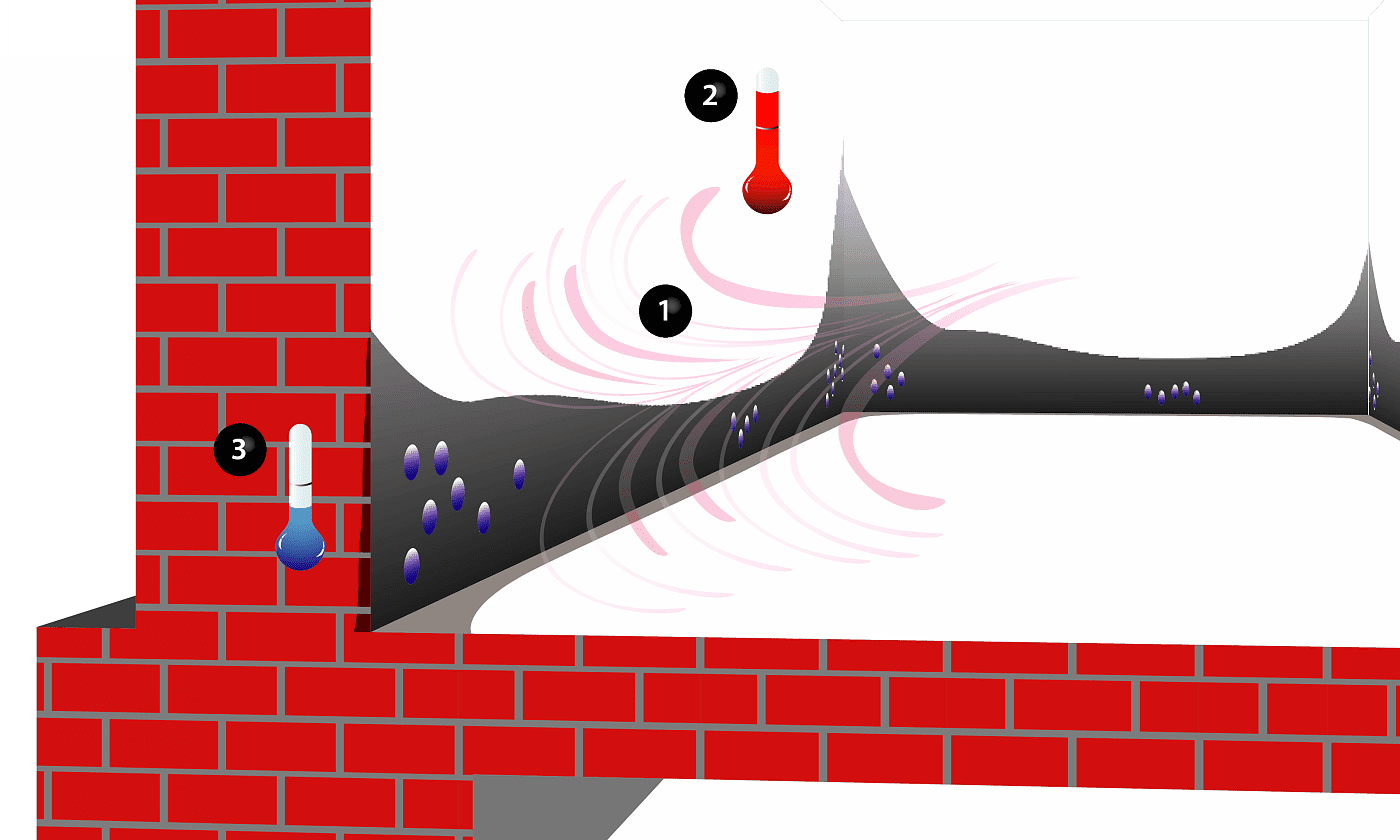 Here is a list of potential actions you can do to reduce or eliminate condensation and mould problems. Always start with the simpler actions and advance towards the more complex ones until your mould / condensations problems have been solved to your satisfaction.

1. DECREASING THE HUMIDITY OF THE ROOM by

2. INCREASING THE TEMPERATURE OF THE ROOM by

3. INCREASING THE SURFACE TEMPERATURE OF THE WALLS: some of these actions can involve professional work done by tradesmen.