Here are some technical details about the internal construction and working principle of our magnetic DPC systems.

Our units are passive (non-powered) systems, comprising of the following 3 modules: 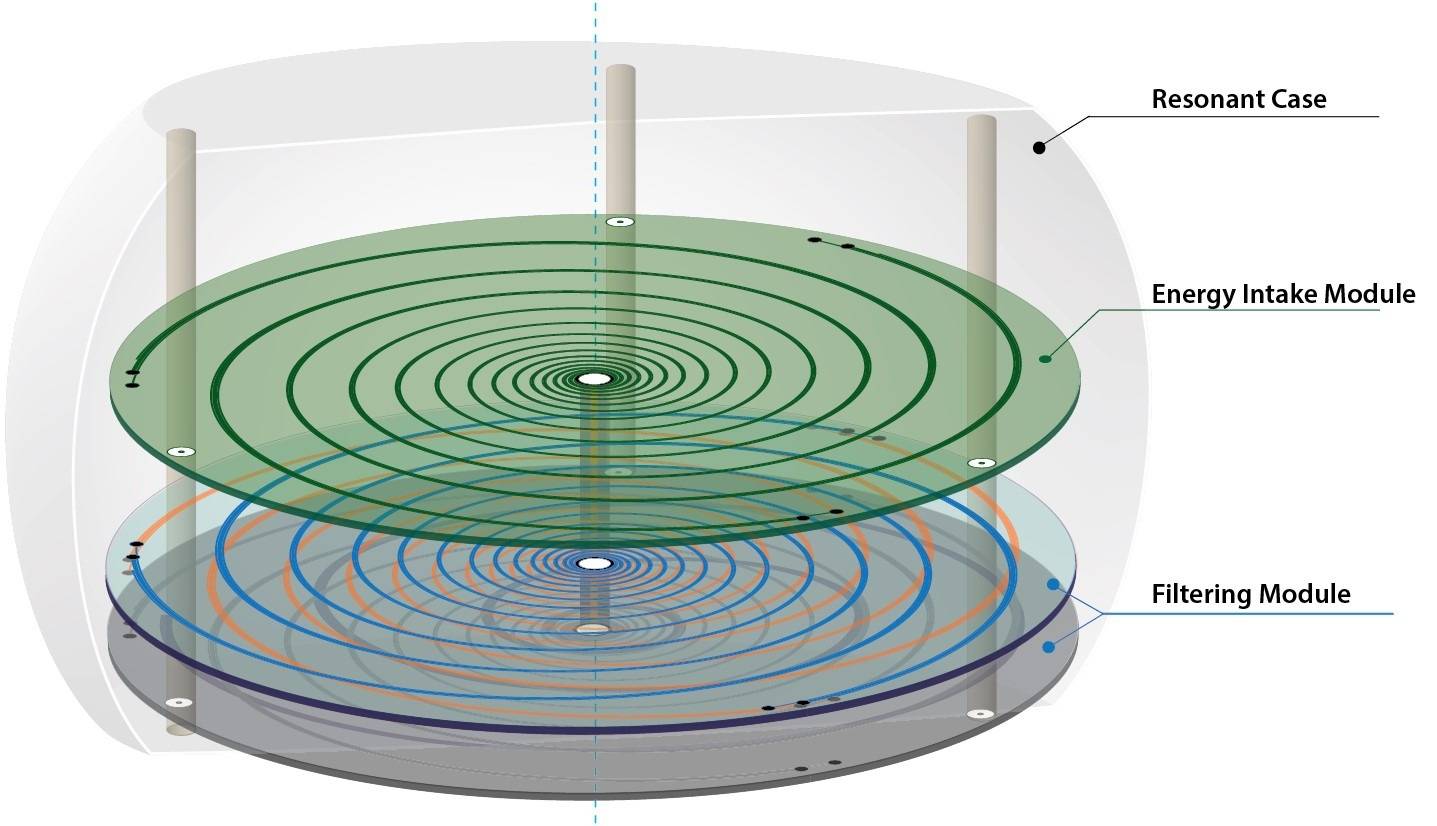 The main role of the energy intake circuit is to collect energy from the environment. This is done by using passive (non-powered) spiral antennas.

Antennas (or aerials) are fundamentally energy converters which convert electromagnetic waves into electrical voltages and currents. In its simplest form, an antenna is a piece of conductive wire (copper or aluminium) in which changing ambient fields (E) induce a voltage (V) or current (I) through electromagnetic induction.

The antennas used in our magnetic DPC system are three-arm spiral antennas. Spiral antennas are special type of antennas invented in the mid-1950s, by wrapping the arms of a simple antenna around each other to form a spiral. This resulted in a very wide bandwidth antenna with a flat, compact construction, widely used today in the defence and communication industry in military aircrafts, GPS receivers, satellite communications networks etc.

The spiral antenna construction allows the system to collect as much energy as possible from the environment on a wide frequency band, transferring that energy through a hard-wired connection in the center to the lower filtering module.

Research has shown that certain frequencies of the surrounding electric and magnetic fields are especially capable of affecting the movement of water and its bonding to wall capillaries. Water molecules being polar in nature (with one positive and one negative side), are susceptible to external fields. By eliminating certain frequencies, one can cancel the osmotic pumping effect responsible for rising damp – which is the role of the filtering module.

The electronic filtering module is a network of precisely tuned LC band-pass filters, realized with two oppositely wound spiral antennas placed on the opposite side of a printed circuit board (PCB). Their fields intersect, forming a complex inductive-capacitive (LC) network. Due to its technical complexity, we are not going to go into further details of the filtering mechanism – the important point is that certain frequencies are filtered out and their energy dissipated in rapport to the rest of the frequency spectrum - thus eliminating some of the key frequencies that actively contribute to the formation of rising damp.

Here is a demonstration of the practical filtering capability of the filtering network, shown on the screen of a spectrum analyzer in the research lab: 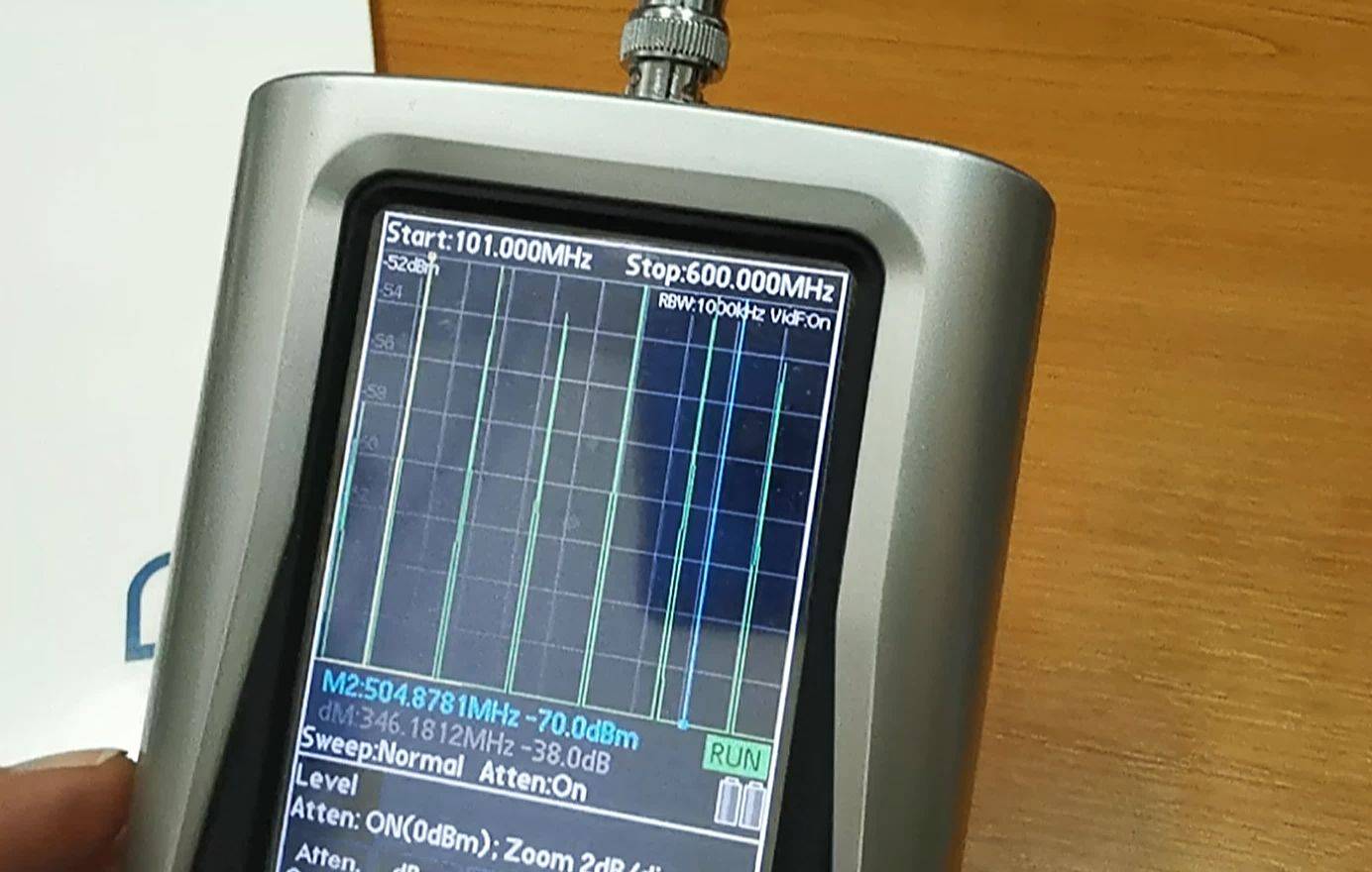 “Filtered out” or resonant frequencies show up as high vertical peaks on the screen. 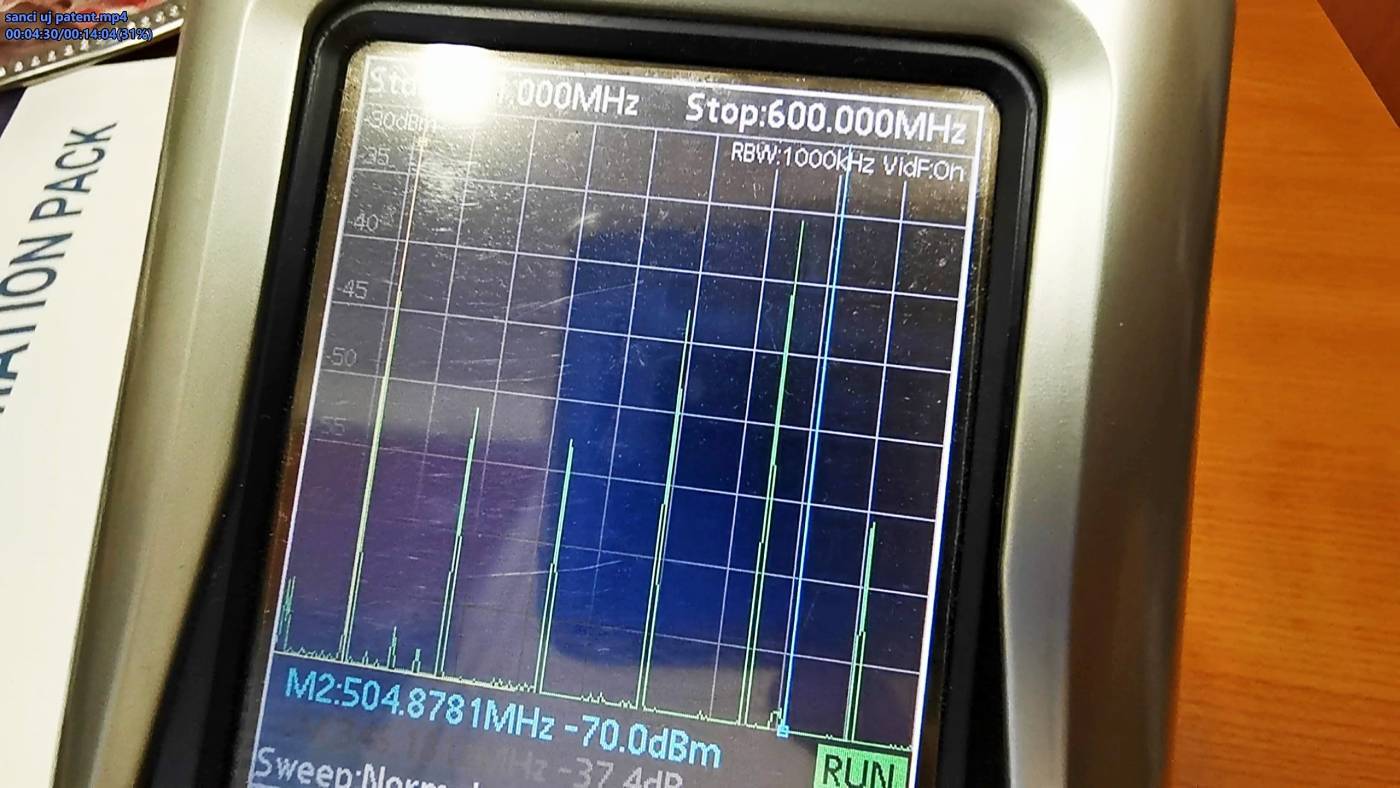 Notice the periodic appearance of the resonant frequencies as a result of the
precisely calculated and engineered filtering network.

The filtered out frequencies show up above as high vertical peaks on the instrument's screen, in comparison to the rest of the frequency spectrum (horizontal base line at the bottom).

The case is made of high purity aluminium, easily permeable to magnetic fields. The primary role of the case is a functional one, it plays an active role in the functioning of the device. The case is a passive cavity resonator (or microwave cavity resonator) that further assists with the filtering and suppression of certain frequencies, making the unit perform better.

The case is a special type of closed metal resonator, optimized for a series of resonant frequencies. It works similar to the sound box of a musical instrument or an organ pipe, reinforcing certain standing waves in the cavity. Thus it can act as a band-pass filter, allowing particular frequencies to pass while blocking other nearby frequencies. They are used for the separation of signals at a given frequency from other nearby signals.

The working principle of our magnetic DPC system can be summarized as follows:

As our buildings are built onto the ground, in direct contact with the soil, they become part of Earth's natural energetic ecosystem, known as Earth's Global Electric Circuit.

What is this Global Electric Circuit? Earth receives most of its energy from the Sun. This energy cascades down through the atmosphere, into the soil and underground, where assisted by discharge currents, lightning flashes, precipitation etc, forming underground Earth- or telluric currents - electronic currents that move under or near the surface, carrying significant electrical charges through the soil.

These telluric currents have been found to be particularly intense above underground water streams - such as water table variations, underground rivers and lakes etc. - also being affected by the tidal movement of seas and oceans, geological fault lines (areas where different soil layers came into contact as a result of soil movement, landslides or tectonic activity), or zones containing piezoelectric minerals (minerals that generate electrical charge when subject to pressure) such as quartz.

Water flowing through different soil layers containing mineral salts that possess an electrochemical charge, generates measurable electrical currents on the surface of the ground. Even slow water seepage - water currents travelling at very low speeds of just a few meters per hour (e.g. water table variations during and after rain) - can generate on the surface measurable electrical voltages and currents, known as spontaneous potentials.

When such areas of "magnetic disturbance" cross over buildings, they induce electrical charges in the soil and walls, charging up the base of the walls, creating an electrical potential difference between the base and upper parts of the wall, measurable with a multimeter. This potential difference creates a vertical electrical field and an electromotive force responsible for the upward "pumping" osmotic effect, which over time materializes in rising damp.

Cancelling out or reversing these strong electromagnetic fields from the immediate vicinity of the building results in the reduction / nullification of the electromotive force and osmotic pumping effect, leading to the cancellation of rising damp in the building.

The top energy intake module [1] picks up these energies from the environment, in a wide frequency band from a few megahertz up to a several Gigahertz, collecting the full "energy signature" of the building - this includes including natural-origin electric and magnetic fields, as well as man-made electromagnetic frequencies.

The energy collected from the environment is then channeled through the center of the unit to the lower filtering module [2]. Depending on the construction of each unit, there can be one or more filtering circuit boards present, performing the electronic filtering of the signal. During the filtering process certain frequencies are heavily suppressed and eliminated from the spectrum. 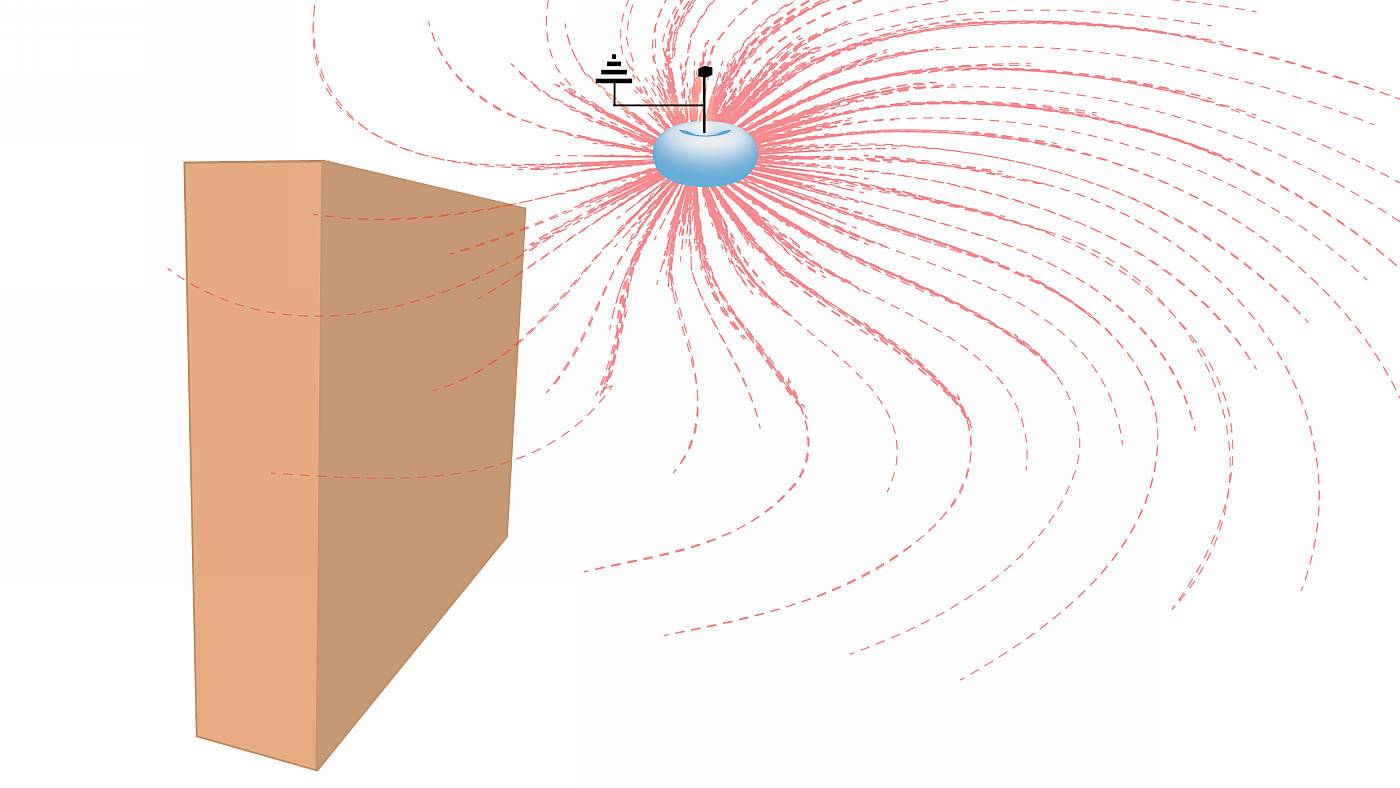 Although outside of our area of expertise, there is indication that the reduction of strong electromagnetic fields from a building has the additional side benefit of also improving the general well being of inhabitants.

Our magnetic DPC systems are available in several sizes. depending on the thickness of the walls and area to be covered. The largest system can dehydrate buildings of considerable size, of over 1,000 m² ground floor footprint. Typically, only one DPC system is needed per building, but multiple units can be combined to dry out larger or odd-shaped buildings.

Here are some photos of our smaller DPC systems showing their internal construction. Larger units are more complex with additional circuits / components, but their overall working principle is the same. 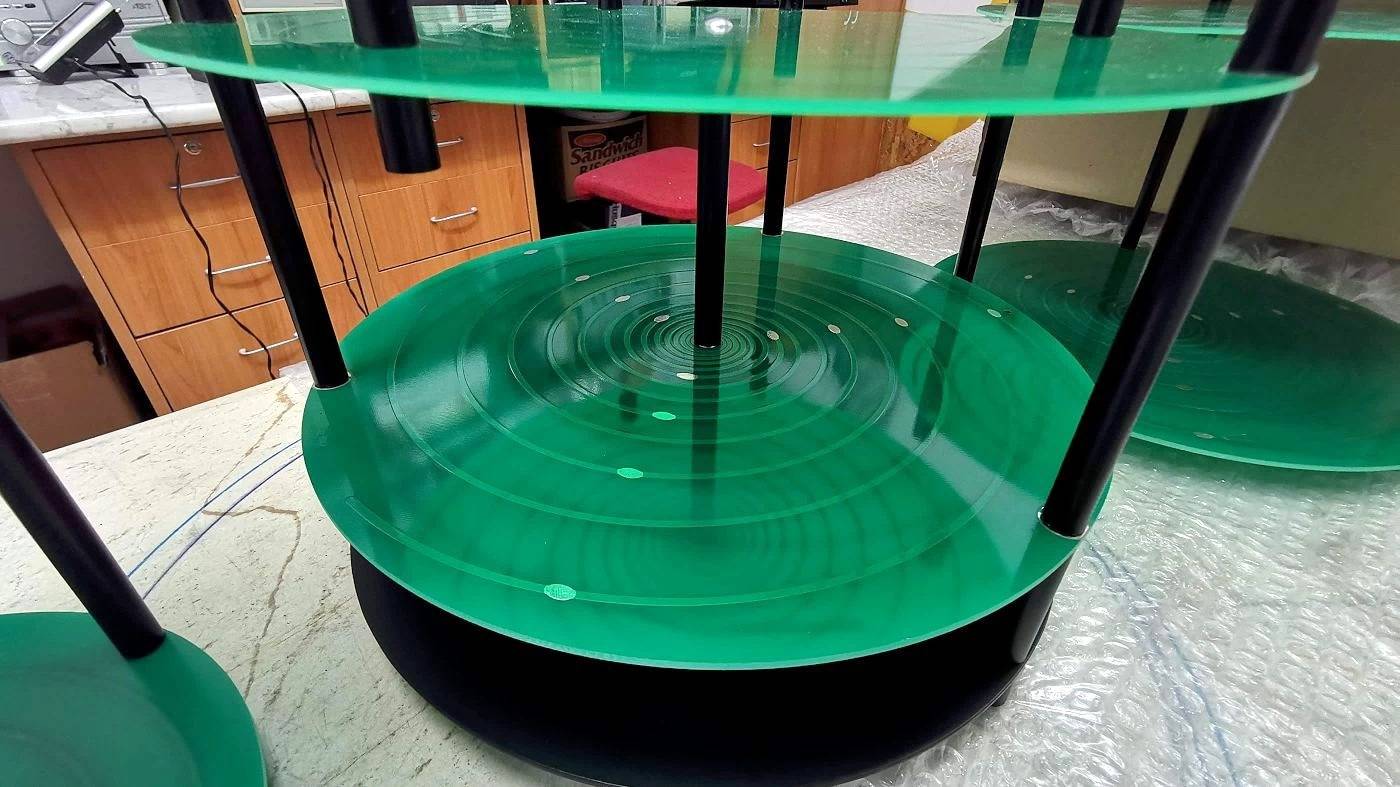 Internals of a magnetic DPC system 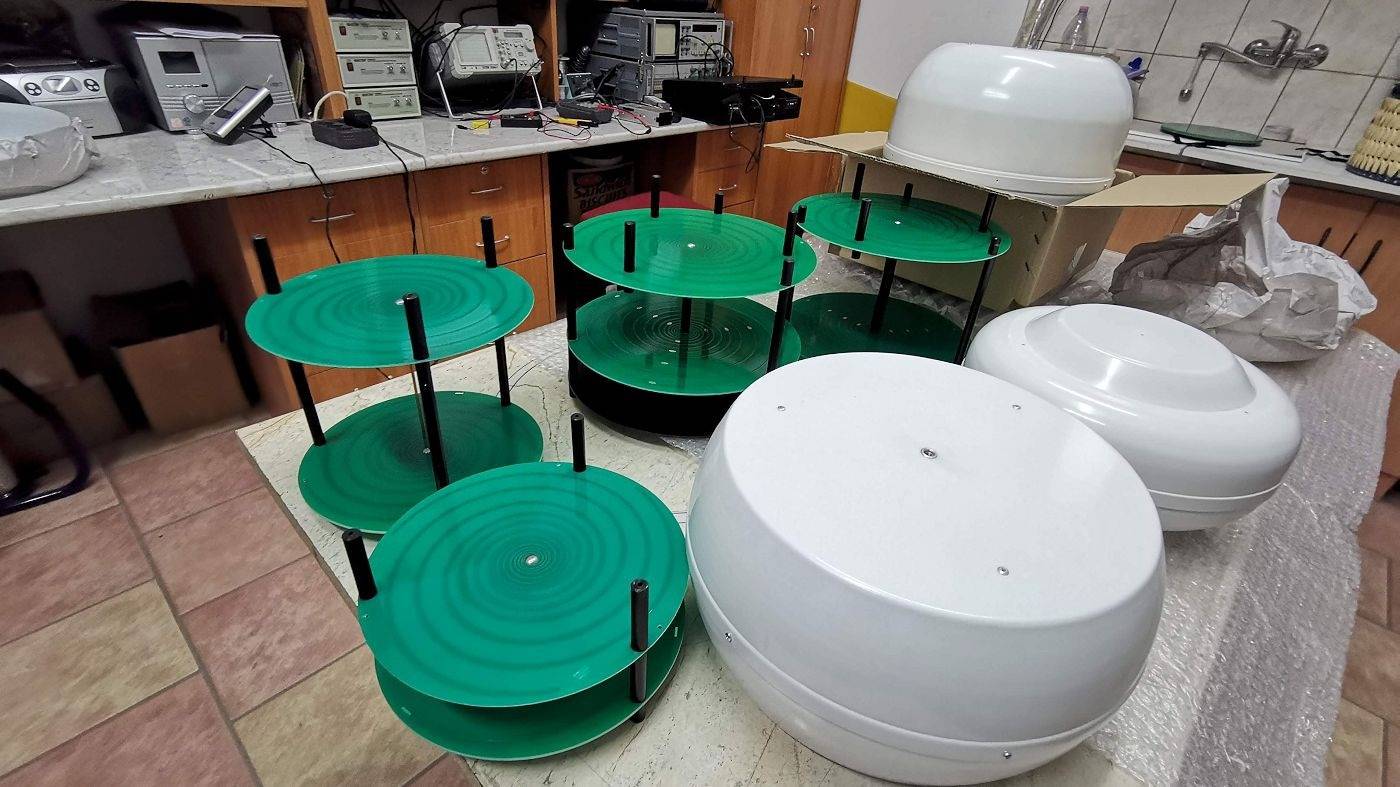 Various cases and circuit types are being constantly tested in order to improve the efficiency of the system.

Finally, here are some of our UK installations showing the various sized units fitted in a number of different buildings. They work in every case. 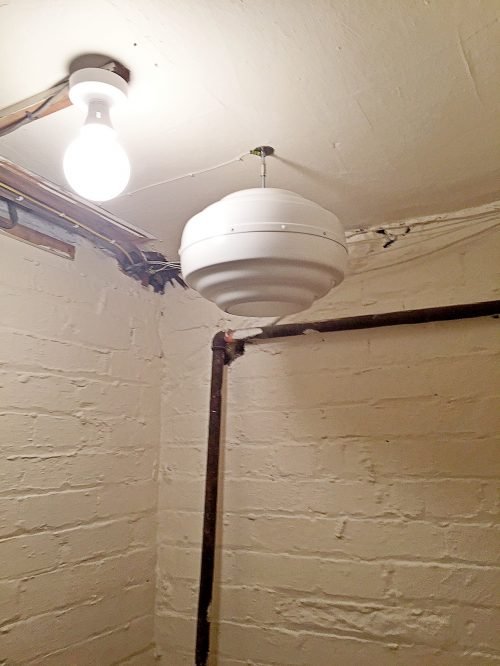 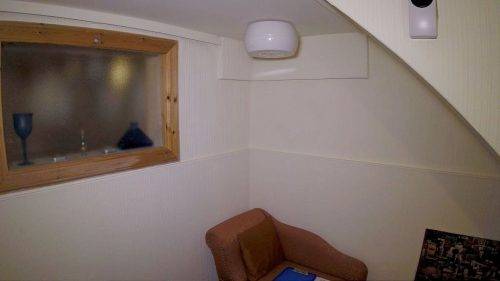 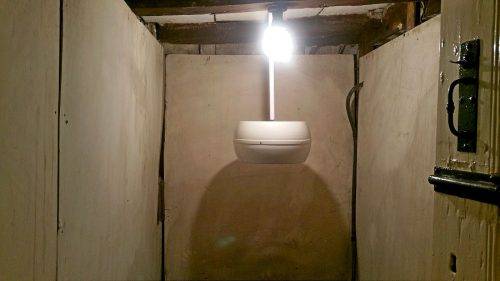 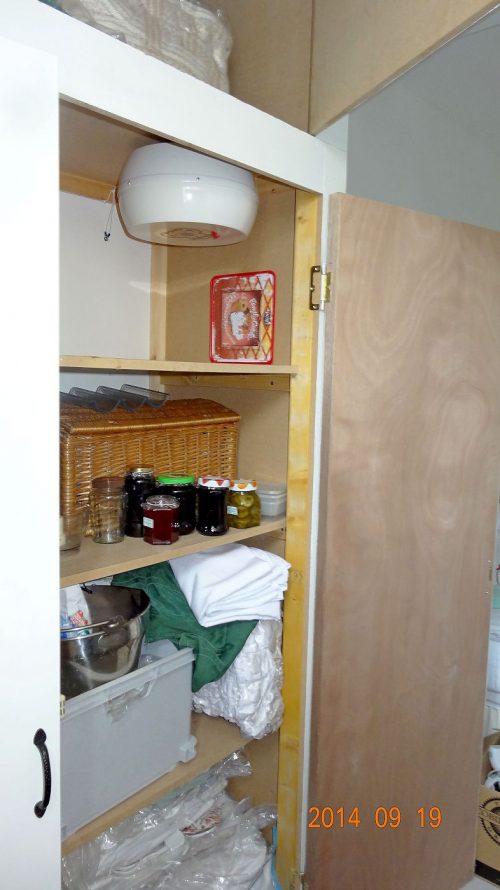 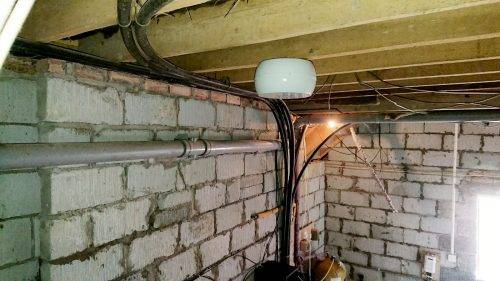 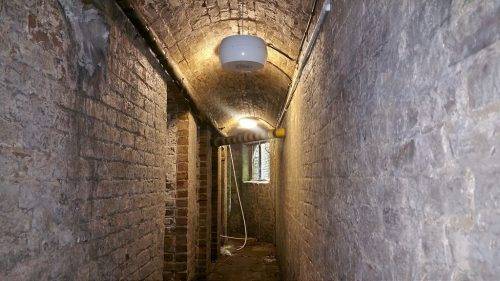 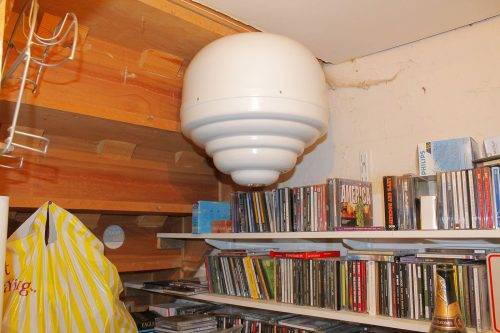 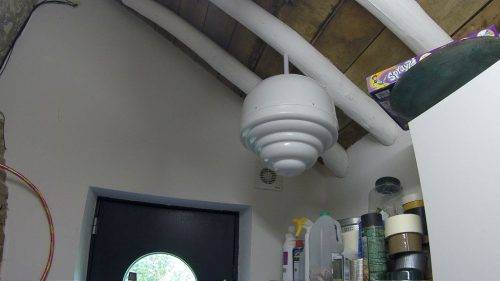 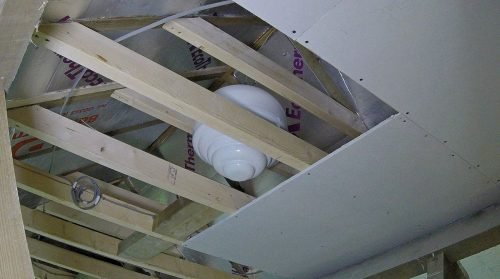 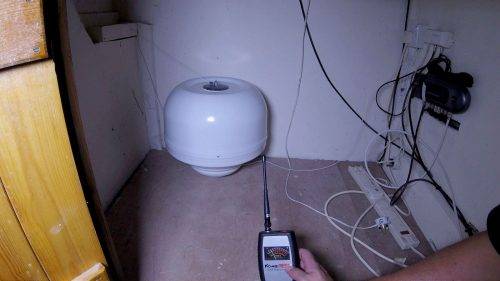 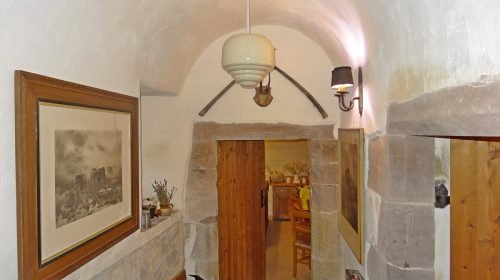 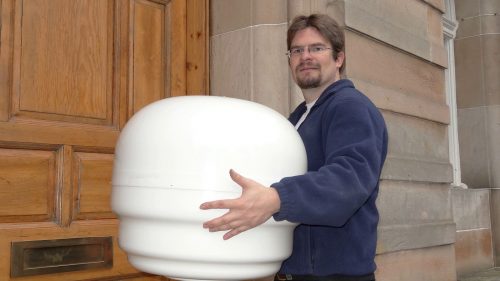 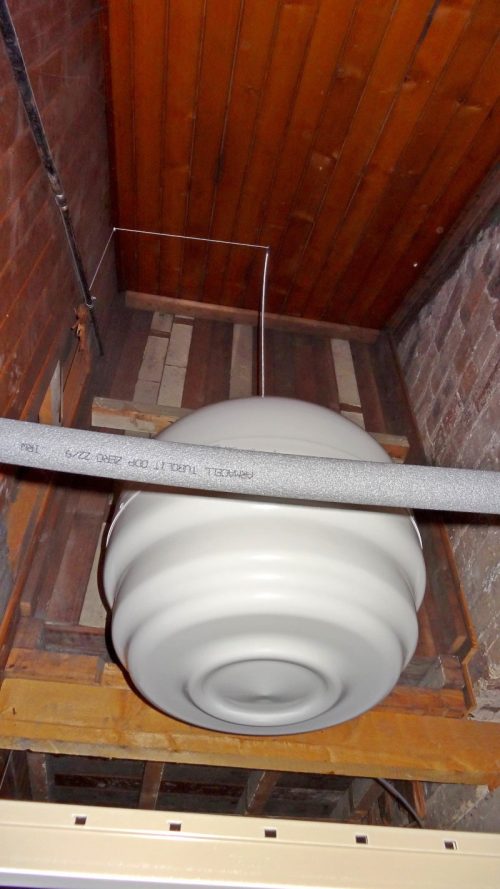 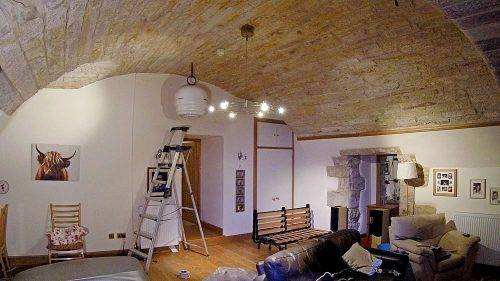 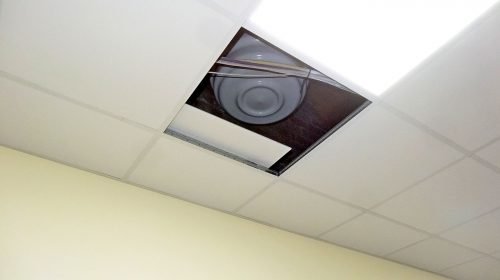 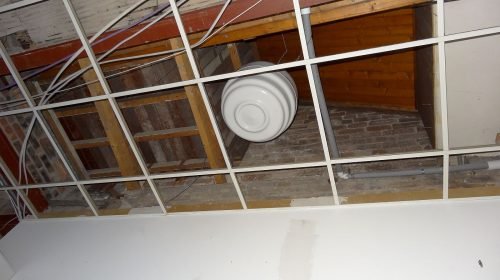