Paxton cottage, a Grade II listed 17th century timber frame Tudor cottage, is described in The Report of the Royal Commission on Historical Monuments as follows:

The house was originally two cottages and, as with many of the older cottages, was not named until after 1903 census, when it became Paxton Cottage. As further evidence of this there are 2 staircases leading upstairs. There are Tudor bricks in the inglenook at the far end of the sitting room, where the door to the old bread oven is still in situ.

The cottage was named after Tom Paxton who was farm manager for Hampden Estate. His boots are sealed into the wall of the inglenook to the left of the front door as you enter. There is a well under the floor near where the second front door was situated. 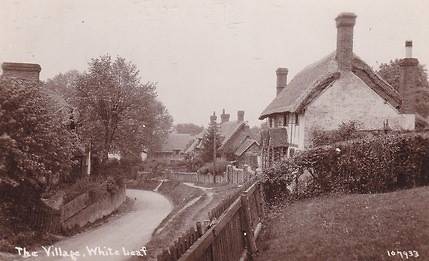 The cottage had some dampness problems and 3 years ago it has been treated with a traditional injected chemical damp proof course (DPC), and re-plastered with a modern cement-based renovation render.

Since then the plaster started disintegrating and the customer reached out for professional advice to remedy the problem, who recommended her to look at our solution. 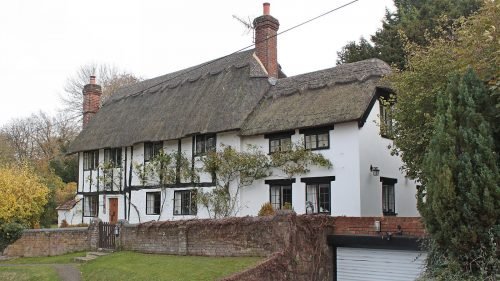 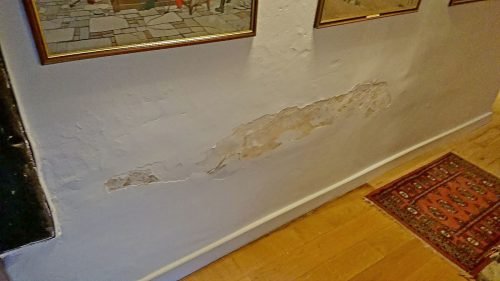 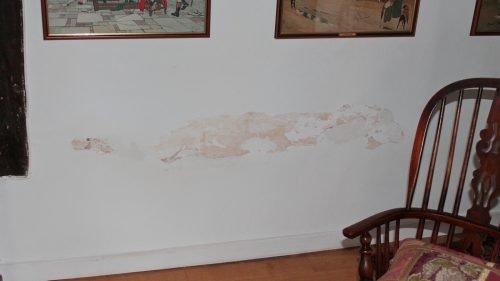 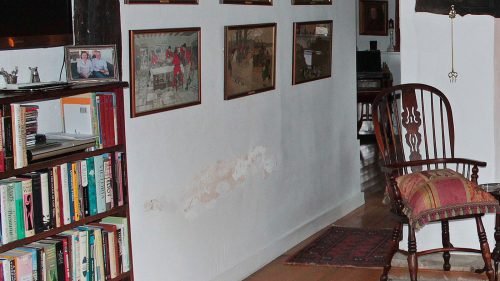 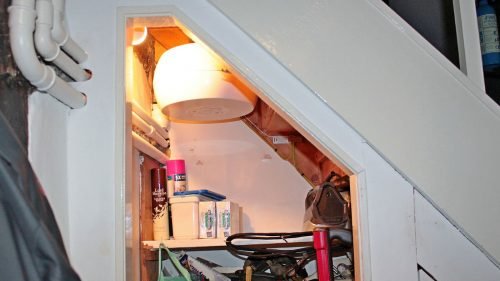 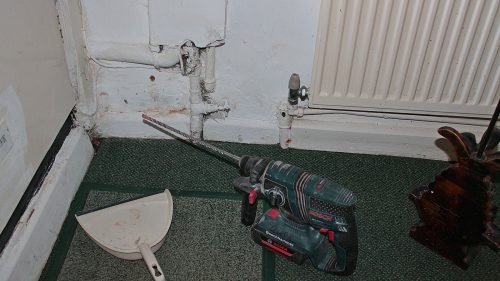 The magnetic DPC system has been installed under the stairs, hidden from view. Initial moisture readings have been taken from the core of the walls and the dehydration progress monitored every 6 months.

The dehydration results after 12 months are shown below. During the first 6 months the wall’s moisture content practically halved despite of a very wet and snowy winter, which continued later on. No other renovation work has been done on the cottage. No changes have been done in heating and ventilation regime. 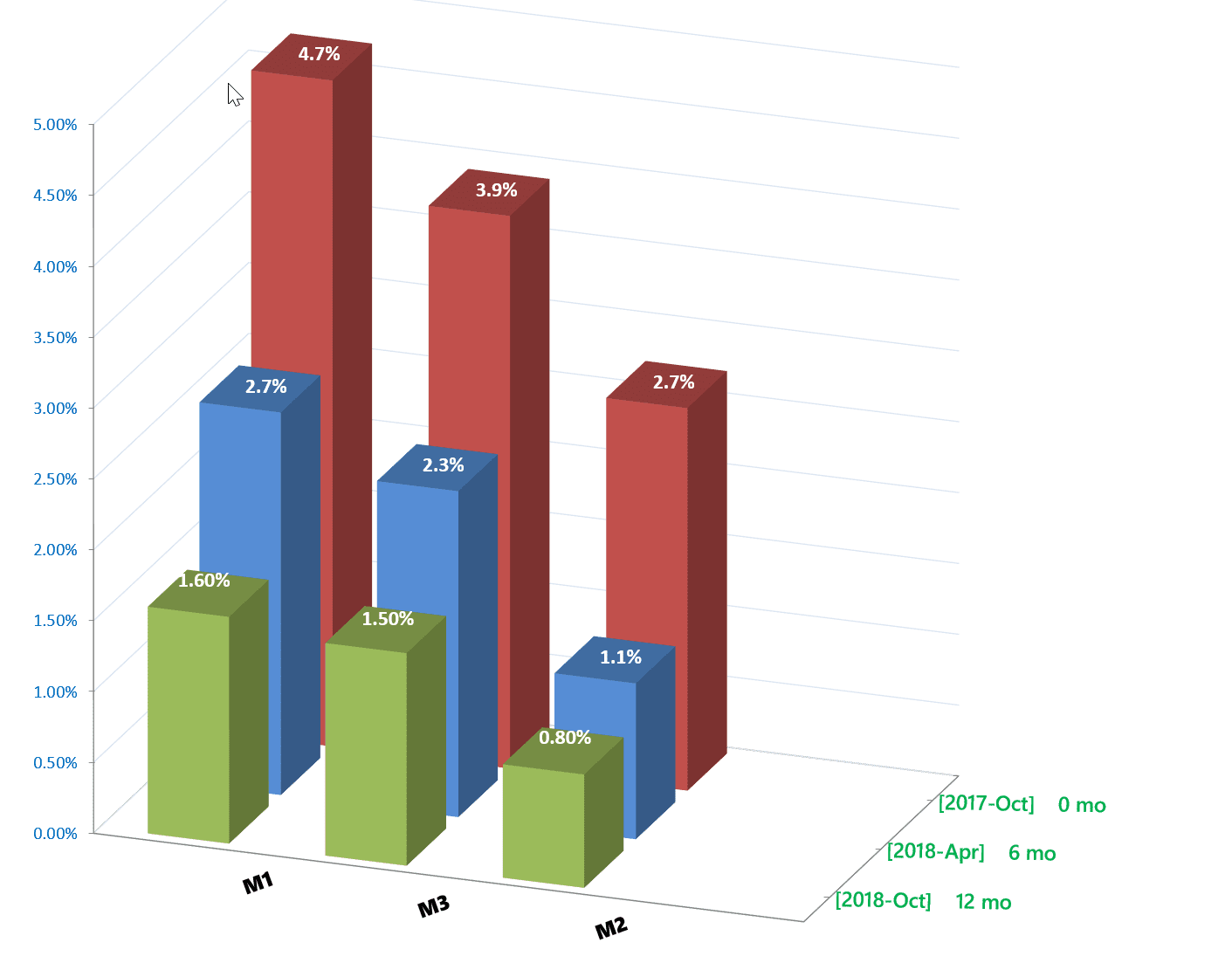 The customer plans to redecorate the building next year after the walls have dried out and replace the plaster with fresh lime.

Here is the customer’s initial feedback and observations:

We were recommended Core Conservation by professionals.

Following an initial consultation with an engineer, we installed the dehydration system into our Grade II listed Tudor cottage in October 2017. The Engineer returned only last week to evaluate changes to the severity of the rising damp in our walls since installation. After only 6 months there is a marked improvement in readings, some of which are 50% lower than those established at outset. We are very pleased with the findings and look forward to the next scheduled visit in 6 months’ time to learn of further improvement readings. Well done! 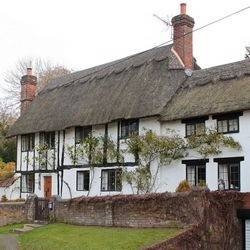 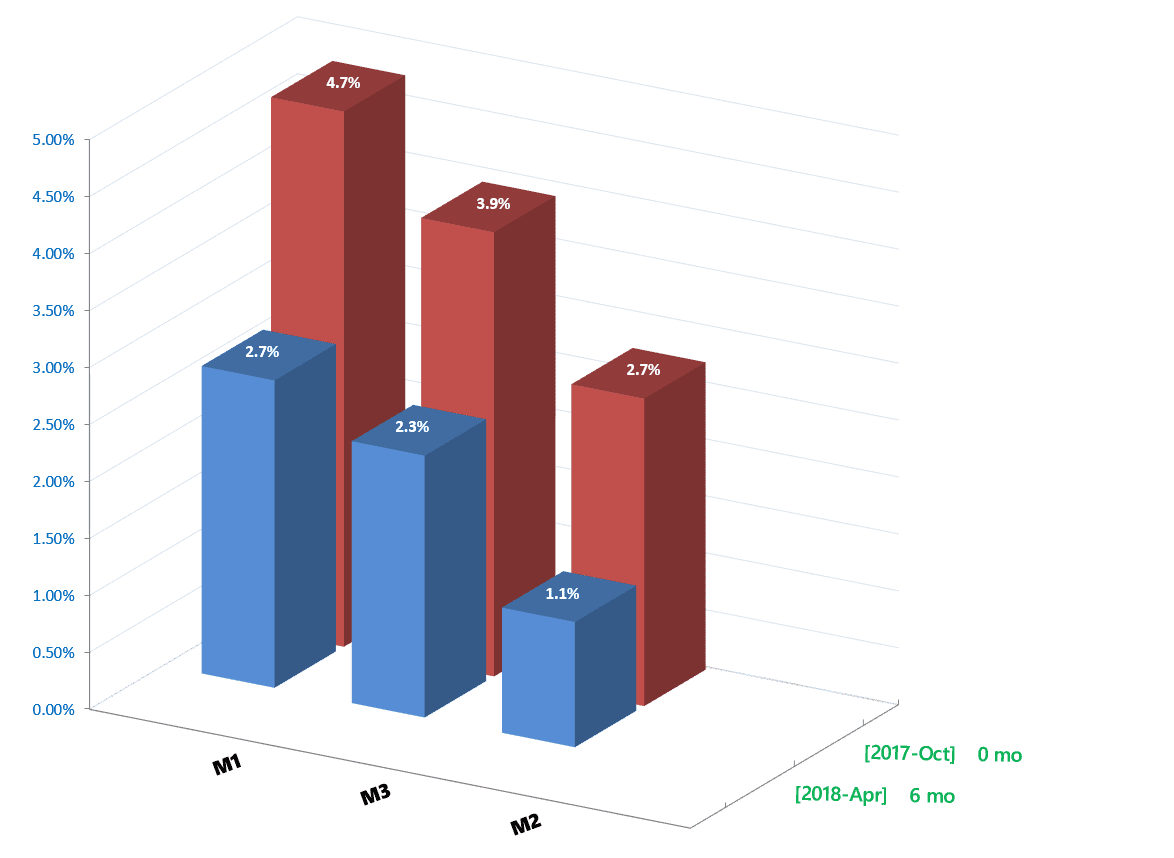