Let's look at some of the fundamental differences between warm and cold air.

Thus we can establish a direct relationship between temperature and pressure: warm light air has less pressure, cold dense air has more pressure. Changes in temperature thus translate to changes in pressure.

The temperature of the walls will also vary due to heating, the cooling effect of the ground different environmental factors, and horizontal and vertical temperature gradients will form. 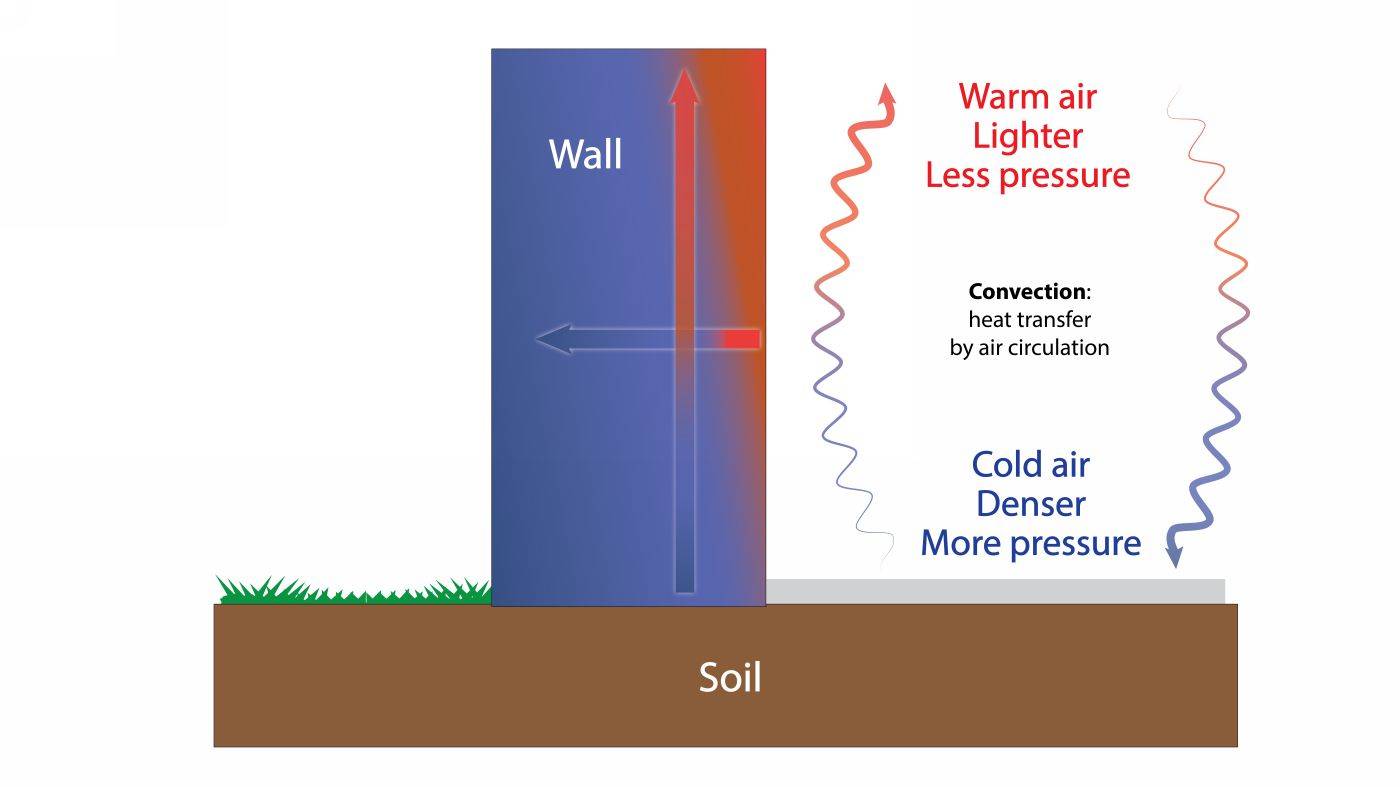 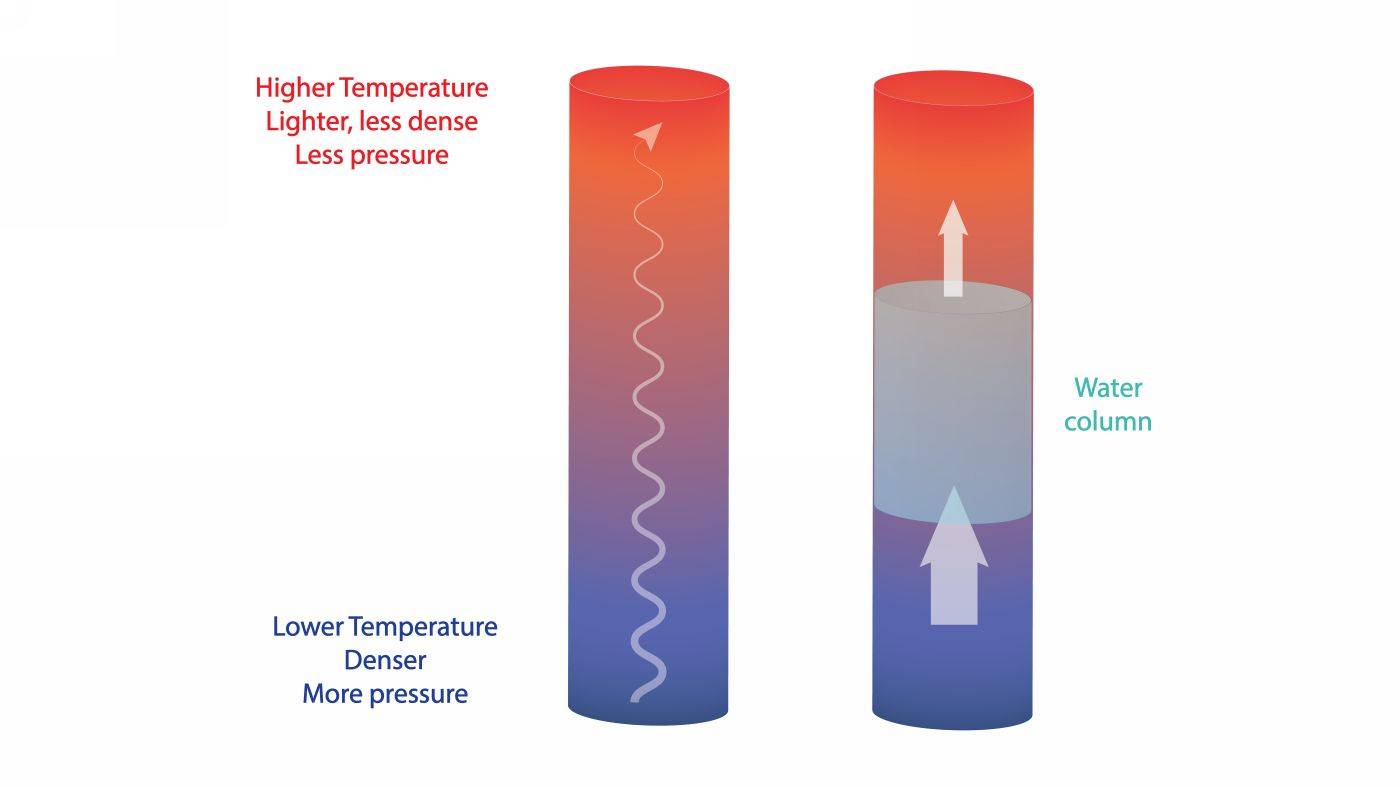 Temperature or pressure difference creates a pumping effect inside the capillaries

Why Heating Alone Will not Dry a Building from Rising Damp?

Although drying a building with heating is a logical idea, there is one major oversight here: the base of the building stays connected to the soil and water table with a technically unlimited supply of water.

If the water table would be disconnected from the wall capillaries, heating indeed would work, as the limited amount of water from the wall fabric would gradually evaporate and the wall would dry out. 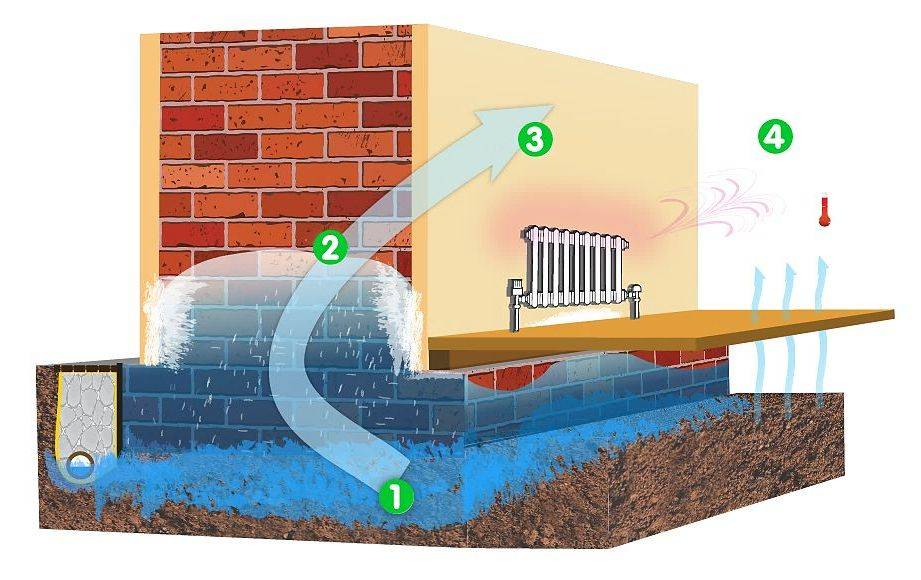 As long as the walls stay connected to the water table (e.g.no DPC), the heating just draws more and more water up

To make heating work you MUST break the permanent connection of the walls from the water table which involves the additional installation of a damp proof course (DPC). Without the presence of a workable DPC which would disconnect the building from the water table, heating alone can not dry out the walls, only the surface.

There is a hidden element here: the APPARENT workability of heating. Often when people move into an old building they turn on the heating AND replaster the walls in the same time. The redecoration itself HIDES the problem for a few years, creating the impression that heating alone has worked and solved the problem of rising damp.

This is just a temporary affair, an apparency. Behind the plaster the rise of water and salts continue and after the breakdown of the plaster, in a few years, the rising damp problem returns.