As the Sun’s energy – Earth’s primary source of energy – cascades down from outer space through Earth’s upper layers (magnetosphere > ionosphere > atmosphere etc.) and reaches the surface... 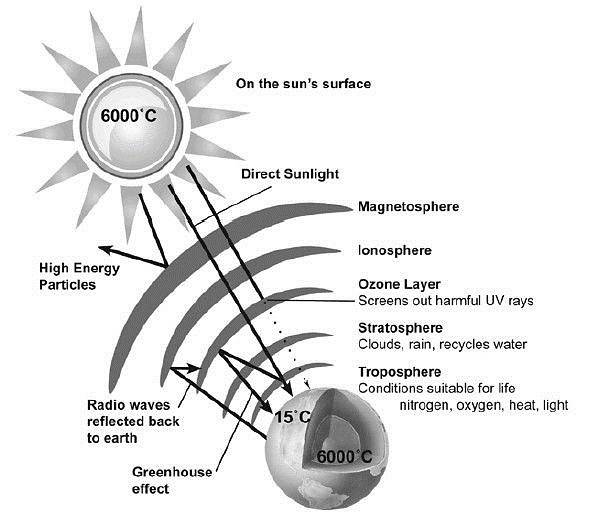 Transfer of energy from the Sun to Earth

Walls are made of porous building materials with millions of capillaries. Each capillary containing electrically conductive saline water acts as a miniature antenna. An antenna is basically an energy transformer, transforming electromagnetic signals into electric voltages and currents.

Hence a damp wall – with its irregular network of water-filled capillaries acts as a network of receiving antennas, that keeps collecting energy from the environment.

The geomagnetic energy from the environment charges up the wall capillaries and keeps them in a “charged-up” state, resulting in an electroosmotic pumping effect along the capillary walls (induced charge electroosmosis), overcoming gravity. 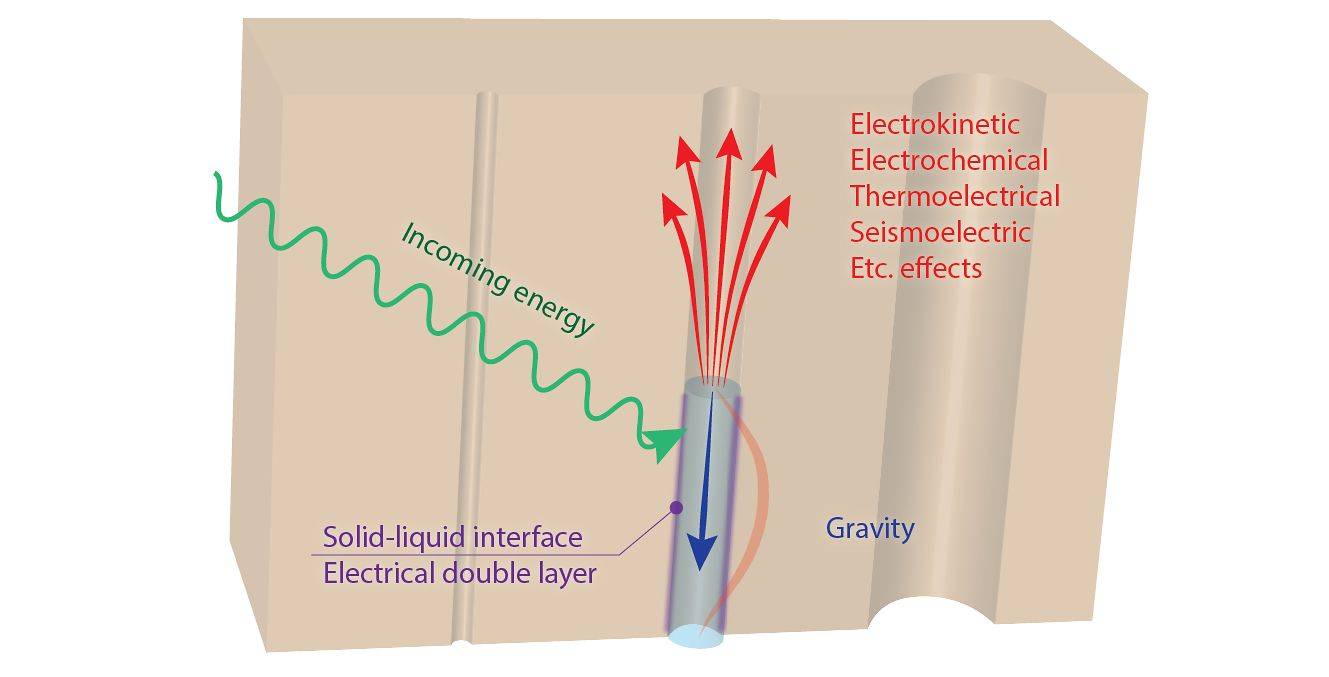 As a result, we can conclude, that rising damp is an electronic phenomenon. Some of these concepts were already known in the 1980-1990s, however some key technical details on the underlying mechanisms have been discovered relatively recently (in the past 5-10 years).

Research has uncovered that a handful of critical frequencies of Earth’s magnetic field affect the movement of water, and thus are responsible for the rise of water inside the capillaries. If these frequencies somehow could be “filtered out” or eliminated from the airwaves, the main driver behind the rising damp would be eliminated, and the problem would cease to exist.

Years of practical research and testing has finally led to

This is exactly what a magnetic DPC does: its electronic filtering system selectively filters out or "short circuits" all critical frequencies from the environment that constantly charge up the walls. As a result, the walls gradually discharge, gravity takes over, the water flows back into the ground  and the wall fabric dries out.

The magnetic DPC is completely safe to use as – unlike a mobile phone or wireless router – it does not radiate out anything. It does not create electromagnetic pollution.

Being a passive circuit, similar to a TV antenna or a Sky dish, it only collects energy from the environment, eliminating a few components, that drive water up the capillaries. It “cleans” the airspace out rather than polluting it. It is one of the very few technologies that instead of generating electromagnetic pollution, it will dissipate (short circuit) them resulting in a less polluted environment.

With or without a magnetic DPC in the building, all living beings are already subject to Earth’s natural magnetic field. The magnetic DPC will take some of these components away, rather than polluting the ecosystem more.

The concept of the magnetic DPC is somewhat similar to the working principle of the lightning rod – except from technical viewpoint the magnetic DPC is much more complex as it deals with a wide spectrum of extremely small variable and pulsed signals, rather than the occasional "one-shot" lightning. The primary purpose of a lightning rod is to provide an elevated earth point so the excess electrical charge from the rain clouds can gradually discharge into the ground, preventing lightning (sudden discharge). 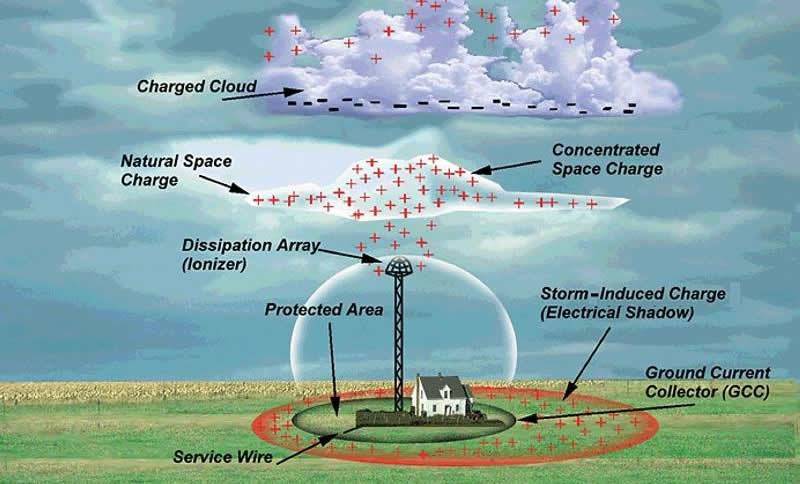 A lightning protection system is an elevated Earth point, protecting the building.

The underlying principle of drainage is also similar. By digging a deep hole or a trench in the ground – which creates a low energy point – the equilibrium of water table around the building is disturbed, making water flow from higher energy points toward the low energy point, channeling the water away from the building. 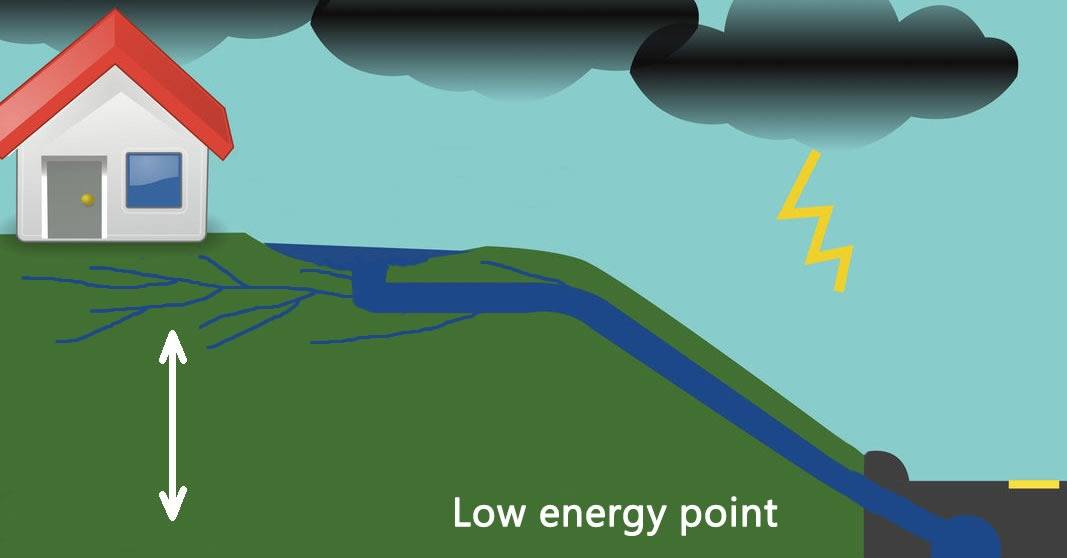 The magnetic DPC is an artificially created low-energy point in the building. It collects some energy from the environment and re-routes it into the ground, bypassing the walls.

We can say we "drain" the airwaves from some excess energy, which otherwise would discharge into the ground through the wall fabric, charging up the walls up during this process. By re-routing the energy away from the walls, the electroosmotic pumping "engine" fueled by these electrical charges would stop, and rising damp would cease. Water – under the effect of gravity – gradually flows back into the ground and the building dries out.

Some more technical information on all the electrical phenomena - including Earth's magnetic field, the effect of the Sun and resulting magnetic effects onto the ground (electric earth currents) and how these affect building structures - are discussed in the video below.